Judging by the long lines of people desperate to get the shot, many people in the US, most of them older, are less worried about the shot than the virus.

We are facing a terrible threat. Covid-19 is now the leading cause of death in the US, surpassing heart disease and cancer for the first time ever. Several new variants are appearing, and although they will still respond to vaccination, they are significantly more infectious and we may be facing a new wave of illness by March.

Corona viruses have been around for more than 20 years, initially with SARS (Severe Acute Respiratory Syndrome), also called SARS-CoV (Corona Virus). This virus started like the flu but quickly worsened.  Previously healthy people developed breathing trouble and lung failure, and many had to be put on ventilators.  Sound familiar?  MERS, or Middle East Respiratory Syndrome presented in a similar fashion but was even more lethal.  35% of those with the virus died.  We didn’t hear too much about it, since most of the patients were in the middle east.  Covid-19 (“COrona VIrus Disease, isolated in 2019”) is only the latest corona virus to show up.  We believe this strain started in Wuhan China, probably transmitted from bats.  Most of the corona viruses seem to have come from animal hosts:  pigs, deer, dogs and birds. Great cats in the zoo have been found to have it, and gorillas. These viruses can jump from specific animal species to humans.

Using the same techniques and labs used every year to make influenza virus vaccine, scientists all over the world have cooperated to a degree never before seen, and have come up with effective vaccines that appear to be 94% protective against the virus.  Like we see with flu shots, some people will still get the disease, but it should be much milder.  New studies are finding that the immunity may last more than a year. Side effects are similar to flu shots and include sore arm, fatigue, headache, and sluggishness.  Severe side effects are extremely rare, in fact, about as likely to happen as being struck by lightning.

If you are a health care worker, or work in a setting where you deal with other people, getting the vaccine may prevent a more vulnerable patient, or your parent, grandparent or other relative or friend from catching the virus from you. That possibility will only get worse with a more infectious variant.

In an ideal world, you would be tested every day, so that as soon as you tested positive, you would isolate yourself and prevent further spread. Unfortunately, even the Browns are not testing every day, and we see there are infections slipping through. Normal people can hardly even get the tests.

I have had my first shot and am strongly encouraging ALL of you who can get the shot to do the right thing and get it too. You have an opportunity to get the vaccine now at a time when thousands, if not millions, of Americans are desperate to get it. 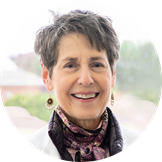