Middle aged, Ben has been navigating a peanut allergy his entire life.  So?  What does that entail?  For the past 40 years it’s meant scrupulously scouring package labels, speaking at length with hurried restaurant staff, carrying an extremely-costly epinephrine self-injector, and fretting over every meal consumed that wasn’t cooked at home from scratch.

It was one of those warm, sunny Ohio beauties, and Ben decided burgers on the grill would be just the thing to go along with the smell of freshly cut grass.  After popping out to the deli and carefully scrutinizing a packet of especially-promising-looking veggie burgers, he fired up the charcoals and prepared for a nice summer’s feast on the lawn.

What could possibly go wrong?  What he didn’t know and what wasn’t on the label, was the vegetarian offering’s binder - peanut butter.   The food allergy labeling laws in the United States require prepackaged commercially prepared food to be labeled clearly but do not require food prepared in the store to list the ingredients’ entirety.

Panic washed over him as his first bite told him exactly what was missing from the label.  It began instantly with an itching and burning in his mouth followed by life-threatening tightness in his throat and a suffocating feeling as his lungs and airways sharply constricted.  He grappled to locate his emergency epinephrine injector he kept in the back of a cool, dark shelf in the house.  Employing it immediately, Ben felt relief directly, but knew next time he might not be as fortunate.

Because he’d finally had enough of the stressful lifestyle and suffered several other brushes with unexpected close-calls, he decided to take control.  He came to me to learn about the highly advanced, highly successful food allergy desensitization procedure I offer.

We met in the office and he eagerly accepted the first liberating drop of the desensitization liquid on his tongue.  He detested the taste of peanuts but agreed, it looked, tasted and smelled just like ordinary water. Every 20 minutes we gradually increased the dose until it had a slight yellowish tinge from the peanut protein it contained.  Then he went home and took daily doses with food and gradually over six short months, worked his way up to a full serving of peanuts.

Now that he eats peanuts every day to maintain the desensitization, he has actually grown to enjoy the taste.  He and his family are reveling the limitless world of new foods this brings to their table and the unfettered joy of relaxed meals in the homes of friends, relatives, coworkers, and restaurants and delis. 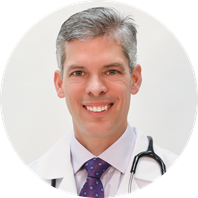