You don’t think much about it until it strikes; the constant bother and even sleep deprivation can become quite vexing.  Patients with severe itchy skin rashes such as eczema and psoriasis may often respond to applied creams, but typically they don’t actually improve or resolve the condition.    When common measures like topicals and bleach baths don’t break the itch-scratch cycle, there are more effective, sophisticated therapies available - including phototherapy.

A middle-aged female patient recently presented with severe itching and angry-looking redness across her entire face and body.  She was in fact, the reddest patient I’ve ever seen.   Nonresponsive to many common therapies, she finally agreed to give phototherapy - also called light therapy - a try.

The goal of phototherapy is to reduce the growth of inflammatory skin cells and treat the underlying skin inflammation.  It can be used to treat a variety of conditions including psoriasis (raised, red, scaly patches); vitiligo (loss of color in patches of the skin); eczema (red and itchy skin); lichen planus (small bumps on the skin); and, common itchy skin.  It involves making one or two office visits per week to apply mineral oil to the affected areas and stand in front of a medical grade box emitting UV light similar to a tanning bed.

After only a few treatments, the patient noted dramatic improvement in her itching and redness.  She continued her treatments once weekly for six months and then stopped.

She has done well since that time with no recurrence of her symptoms and only occasional use of topical steroid creams.  Her quality of life has rebounded and she is enthusiastic about her future. 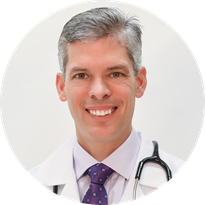